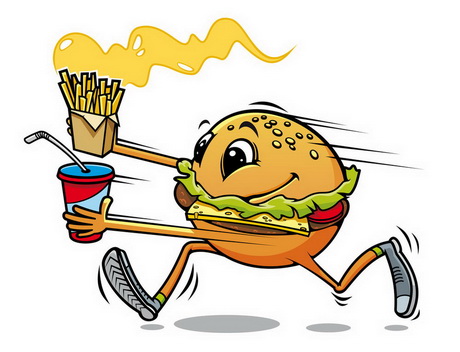 The problems of the largest chain “McDonalds” must induce other participants to revise their attitude to the standards of business conduct, the quality of organization of the business processes and, as a consequence, cause a new wave of the market development. According to experts, in the nearest 12-18 months a new perspective operator can appear, which subject to the rapid market entry and also rapid business ranging can take a lead from present-day leaders that occupy 15-20% of the market.

EuromonitorInternational has published the list of fast food chains in Russia that occupy more than 1% of the market. Behind “McDonalds”, which has 32.8%, with a huge lead follows “Burger King”, which has 5.3%. 4.5% — the Subway net, 4.3% — KFC.

According to the management company “Finam Мanagement”, the segment of fast food facilities remain the main beneficiary of the public catering industry. It accounts for on the average not less than 30-40% of all public catering sales. In 2013, the fast food sales exceeded 1 trillion roubles (more than 20 billion euros). In the conditions of the recession in the economy and the expected contraction in demand this segment of the market will be under less pressure, remaining maximally stable. In money term this part of the public catering market will preserve the growth dynamics in the range of 10-15% in the nearest 1-2 years.

Today, according to experts, there is the situation in the market which reminds the year of 1990, when the first McDonalds restaurant was opened. “Then consumers saw a bright spot in the monochrome market, a new level of the service, an opportunity to become part of the new subculture and smooth to the touch boxes that were kept at home as souvenirs, and it was a success! At present, the fast food market again has become grey and dull, but Russian consumers like to be surprised,” Maxim Stishkin believes, business consultant of the TRIUMPH consulting group. The expert is sure that modern automation in the fast food area can fully ensure the high level of the production quality, sufficient passability of the restaurants and the speed of customer service. The major aim of the new operator is human resources management, the formation of the corporate service culture and social activity. The present leaders of the market to remake the management system in accordance with new requirements of the clients, will need much time and many investments into the reorganization of the business processes. “Now the new operators have a unique opportunity to build up the effective flexible corporate system, the franchise system and scale the business as soon as possible, having got hold of the considerable part of the market with the prospect of its further retention and growth,” Stishkin believes.

According to Shamil Kuramshin, analyst of the investment company “Fridom Finance”, all the largest world fast food operators have already been presented in the Russian market (with the exception of Wendy’s, which has left Russia quite recently). “New brands, especially after the latest events, will be ready to come to our market not soon, however, if a large franchisee appears, which will be able to convince Western partners of its capability to develop a chain in Russia, the appearance of a new brand in the domestic market is quite possible. To achieve a success, it is necessary not to take the lead in the whole market, but to find an empty niche, a blue ocean, and master it,” he says.

The majority of the experts questioned by the Russian Gazeta are sure that a potential new significant operator will not present the Russian cuisine. “Russian fast food always has “chances”, but nobody has taken advantage of them. The Russian Bistro project, which was created in response to McDonalds and had the Mayor’s preferences, very quickly rolled down into the “below the plinth” state.”Teremok” as well as “Kroshka-kartoshka” that successfully existed concurrently with McDonalds, will also exist in the changed circumstances,” Alexey Gisak says, the co-owner of the Vokker chain.

“It would be improper to make a new fast food chain based exactly on the Russian cuisine, — Kirill Romanyuk thinks, General Director of the consulting company “Bureau of Restaurant Technologies”. — On the one hand, it is an inevitable assortment limitation due to the cuisine itself as the Russian cuisine is not too much varied, on the other hand — not each dish of the Russian cuisine can be adapted to fast food”.

In Ekaterina Soyak’s opinion, General Director of the EMTG company, the crucial factor in fast food is not the cuisine but technologies. “At present, only Western companies have the technologies of such level as McDonalds has. It can easily be explained: the notion “fast food” has appeared in our country relatively recently. We learned to have a bite in motion quickly and functionally not so long ago; it is not the feature of the Russian character. Russians want not just to have a meal, but “sit and speak”, that’s why such concepts as “Elki-palki”, “Grabli”, and “Mu-mu” have a success. At these chains there is the low average check, but still it’s not fast food”.

In the nearest three-five years, the fast food market will bear further regional expansion with the strengthening of competition in the middle and small towns. “Especially beyond the cities with a million-plus population fast food restaurants are provided with stable development for years. There is a slight competition in Moscow, Saint-Petersburg and some other cities. The rest of the country is an unploughed field,” Kirill Romanyuk says. According to him, there is one more demanded format, such as street food, and its development at present is unlimited, especially in the regions. The free flow format is also interesting (the same as fast food, only with a possibility of self-service).