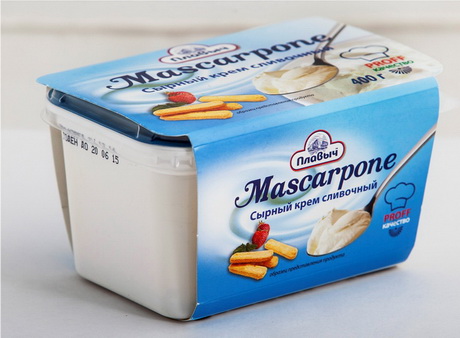 Such kind of a cream cheese proves to be the chief ingredient for desserts, the authorities of the Altai Territory noted. They remarked that the product is going to compete with the European equivalent in both quality and price.

After the production of the Fetachini cream cheese proved to be successful, the largest milk products manufacturer of the Altai Territory — Plavich melted cheeses plant — decided to launch the manufacture of the traditional Italian mascarpone cream cheese, the official web-site of the Territory’s administration informed on Tuesday.

“Such kind of a cream cheese proves to be the chief ingredient for making desserts at home or at food industry enterprises. The product is going to compete with the European equivalent in both quality and price,” the message reads.

The authorities also pointed out that the cream cheese is manufactured in two kinds of packages: the cheese for the consumers is offered in 400 gram containers; for the restaurants’ use the cheese is packed into specially optimized packages of 3.3 kilos.

The message is stressing the fact that the mascarpone from the Altai Territory proves to be the example of the import substitution, which is being promoted from the moment certain kinds of food products were banned for import. The new product has already been delivered to the stores of the Altai Territory and retail chains of other regions of Russia.

“The enterprise is planning to launch the production of the equivalent of one more famous kind of cheese — the feta cheese. This product proves to be the Mediterranean kind of brinsen cheese,” the representative of the food, processing, pharmaceutical industry and biological technologies Directorate of the Altai Territory remarked.