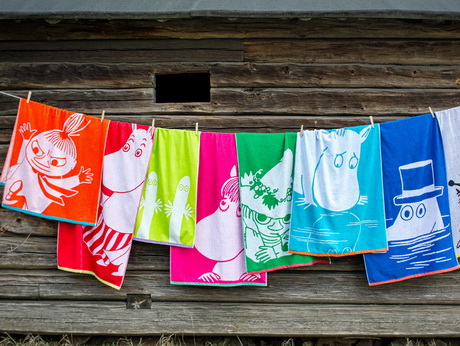 A famous Finnish brand, Finlayson, is leaving Russia. The seller of home textile closes its last store in St. Petersburg. The reason — poor financial performance of the business in Russia, experts say.

January 9 became the last working day for Finlayson’s store at the Nevskiy Center, it is said in a statement on the retailer’s official website. The company confirms the information, however, no reasons are disclosed. The General Director of the Russian branch of Familon JSC has not replied to the request. Meanwhile, the store at the Nevskiy Center was the company’s last point of sale in Russia, i.e. after the closure the company’s products will only be sold at partner stores.

Finlayson is a relatively small Finnish company, the turnover amounted to 45 million euros in 2012, but it is popular in Finland. A survey by Sustainable Brand Index™ shows that the brand Finlayson ranked sixth among the top 10 most famous Finnish brands in 2016 (first place — Valio). The brand became popular outside Finland due to the use of images of the Moomins on bedding, towels and other products.

SPARK’s data show that the Russian representation office of the Finnish retailer — Familon JSC — demonstrated growth over the years but the company received profits only in 2014; in 2015, there were losses again. Most Western companies are winding up their business in Russia primarily for one reason: their Russian subsidiaries do not provide the required rate of return in euros, according to Denis Tsytrin, head of Facility Management NAI Becar. In his view, the reasons are the devaluation of the ruble, lower incomes and purchasing power of the population in the absence of rising prices for goods, produced in the West. This trend will continue as long as the ruble volatility remains high, Mr Tsytrin is convinced.

Indeed, in recent years, a number of retailers from the neighboring Finland have left St. Petersburg. So, Kesko Corporation renounced the development of its food chain and sold its stores K-Ruoka to a “competitor”, Lenta. Instead, the company focused on the work in the DIY segment, in which its K-Rauta stores operate. Another Finnish retailer, Stockmann, sold a number of shopping centers and then decided to get rid of its last asset in Russia —the Nevskiy Center Shopping Complex in St. Petersburg.

In fairness, it is worth noting that some Finnish retailers continue to work in St. Petersburg. So, a retail chain Prisma still runs 11 supermarkets and six hypermarkets; a chain of interior stores Pentik, which entered the market in 2013, manages three shops in the shopping malls around the city. A manufacturer and seller of cosmetics Dermosil from Finland opens new stores in St. Petersburg, JLL reports.