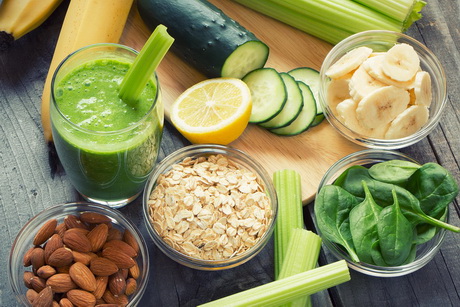 Russia’s Agriculture Ministry published a draft law on the turnover of organic food in the country. The document is supposed to give a helping hand to the growing market of such agricultural products in Russia and boost exports. Experts point out that the origin and composition of organic products are not controlled without the relevant law, while accreditation bodies complain about the lack of a coherent state regulation system in the industry.

The Agriculture Ministry published the draft law “On the production and turnover of organic food products” on regulation.gov.ru — the law provides for voluntary certification of organic food and establishes a single register of producers (the country’s government will determine what body is to run this register). However, the certification of organic products will remain voluntary. The Agriculture Ministry promises to recognize all international certificates, confirming the compliance of these products.

Earlier Alexander Tkachyov, Russia’s Agriculture Minister, said that the global market of organic products already exceeded $100 billion. In his words, Russia demonstrates the fastest growth of organic agriculture in the world, the market of organic products soared from $120 million to $200 million in the past seven years. However, the share of Russian goods on the global market is only 0.2% — which explains the desire of the Agriculture Ministry to promote state regulation, perceived by authorities as a prospect for the development of exports and domestic consumption. The Russian President Vladimir Putin demanded to speed up the adoption of the "suspended" draft law on April 26. Two days later, Alexander Tkachyov announced that the document would be submitted to the government in a month. The draft law, which has been discussed from 2012, will establish a legal framework for organic food products, and several thousand farmers will be able to pass proper certification.

Sergei Korshunov, the Chairman of the Board of Russia’s Association of Organic Farming, says that three state standards (GOST), adopted in the past year, provide an adequate description of requirements to organic food producers, however, in the absence of the law unscrupulous producers can use any marking and labeling. “Unfortunately, I do not know any Russian producer, certified by the state to deliver organic food products within the past year,” he said. At the end of 2016 the standardization agency Rosstandart also noted the absence of criteria and indicators to certify organic products, including streamlining of regulations and compiling of data into a single system to promote exports of organic food. To this end, the agency proposed to establish detailed vertical standards to create sectoral technical regulations. Officials believe that the trust in independent certifying bodies should be ensured via public control of associations of producers and consumers. In the meantime, none of accreditation companies has been recognized by the state accreditation service, which is short of relevant experts.

Last Thursday the Agriculture Ministry announced that a set of measures on sustainable development of organic agriculture had already been developed — now officials are primarily concerned with the need to create public knowledge bases and training programs for farmers. Reforms of accreditation and conformity assessment systems, undertaken by the Russian government, will define the future of standardizing of organic food production as a way clear the currently uncontrolled market in Russia or as one of the new barriers to the entry to it. The Russian government adopted the strategy for preventing and combating illegal turnover of industrial products in 2020-2025 in December 2016.