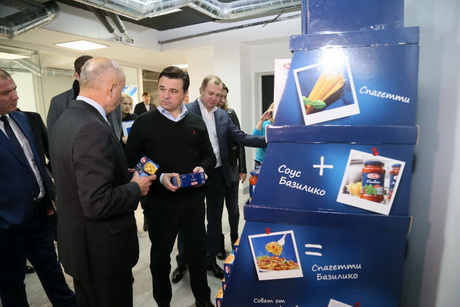 An Italian pasta manufacturer Barilla will build a new plant near Moscow, creating 400 jobs, the press service of the Governor and the Government of the Moscow region reports.

“Barilla intends to build a plant to manufacture pasta products in the Moscow region, creating 400 jobs. The new enterprise will consist of a mill for 300 tons per day, a workshop, and a warehouse. Investments will amount to 10 billion rubles ($150 million), the statement reads.

The Italians will select a plot of land by the end of November.

“It feels great to sign a cooperation agreement under another Russian-Italian project in the presence of the Russian President and the Italian Prime Minister. The project provides for 200 million euros in investments, and this is already the third stage of the pasta production business in Russia,” Andrei Vorobyov commented.

Barilla also plans to launch a new production line at the already running factory in the Solnechnogorsky district of the Moscow region. It will result in more than 60 new jobs, investments will reach almost 1.5 billion rubles, the press service reports.